Beach Towel I Stole From My Parents

by Guest Reviewer A

As a larger man, most towels make me feel like I’m drying myself off with an oversized washcloth. This has made me a lifetime lover of big ol' beach towels, and the topic of this review is perhaps the most “loved” in my collection. It was given to me by my parents, and by “given to me” I mean I stole it in broad daylight before moving off to college and never told them.

It appears that the one small tag it once had was clipped off long ago, so I have no idea where it’s from or who made it. As this towel was likely purchased sometime before 1990, I can only assume it cost 25 cents and came with a free semester of college tuition. I would ask my parents about it but then they would know that I stole their towel and be disappointed in me.

The History of Beach Towels

Beach towels were invented in 1908 by Thomas B. Beach, who was the owner of a number of public gymnasiums and spa facilities in the Los Angeles area. Back in the early 1900s, all towels adhered strictly to a mandated size of 25 by 50 inches, which was a bit too small for his clientele of “super swole” gym goers. After enlisting a close friend of his, a master seamstress by the name of Joy Sewing, she and Thomas created a new size of towel; much larger and thicker than those that had come before. On one fateful day, Beach went into his own institution, took a shower, and dried himself with his new creation in front of his patrons. They were floored, and immediately requests for “Beach’s towel” began to skyrocket. The demand was so great that Joy couldn’t complete all of the orders by hand, and she ended up creating her own automated stitching machine to assist her. These are still well known and sold today as “Sewing Machines”, but that’s another story.

Beach’s towels quickly spread through the whole of Los Angeles, the United States, and the world. Beach’s towels, which would go on to be known simply as “beach towels”, have maintained their relevance and are still seen in gyms and spas today. More recently beach towels have made their way to beaches as well, which is an interesting and humorous coincidence. The retailer that Thomas founded to sell his invention, Bed Bath and Beyond (named after his first son, Bed-Bath-and-Beyond Beach), is also still in business and has expanded to selling bedding as well as other related goods. 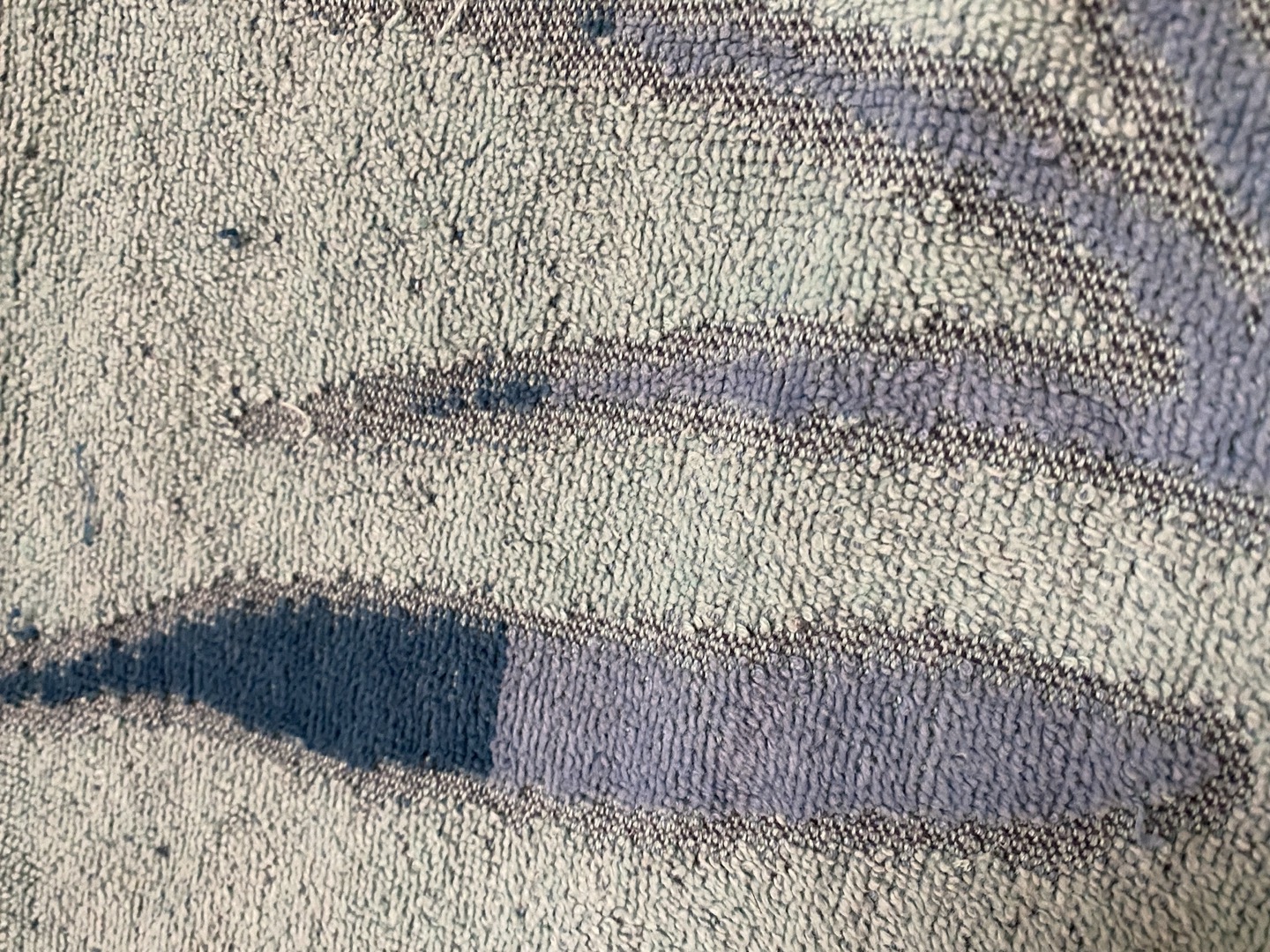 Once upon a time my beach towel was aligned with its lineage as a luxury item for spas; soft, thick, and nearly big enough to act as a robe. Nowadays, after decades of use, it has become thinned and frayed. Though its patterning is pleasing to the eye, it thins the material even further and produces an unpleasant feeling on the skin. It is also smaller than it once was, which I choose to believe is because of it shrinking rather than me becoming larger. Where it can certainly be used in a pinch, I would never choose this towel for a trip to the spa, gym, or bath. Perhaps it may still be valuable in the form of its modern bastardized use: as a thin sandy blanket for trips to the beach.

First, I allowed my mother to wash this towel for two decades and did not pay attention to how she did it in any way. Second, after being disappointed in the cheap towels she had bought me to bring to my university dorms, I rifled through a load of clean wash, snatched this towel, and hid it in the bottom of my suitcase. Finally, I proceeded to absolutely destroy it in my dorm’s public coin operated washing machine. If you wish to replicate this step, it really helps if you have no idea what you’re doing and just ruin everything.

Since there’s really no way for you as a reader to purchase this particular towel, I have no issue saying that it is not worth your time or money. I give it a 2/10.

That being said, I do highly recommend beach towels in general, as well as larger “bath sheets” (a generic term for Beach’s invention) whenever possible. If you find a towel you like, get a bigger one! When it comes to towels, bigger is always better (until it’s too big to fit in your dorm washing machine). You can quote me on that.