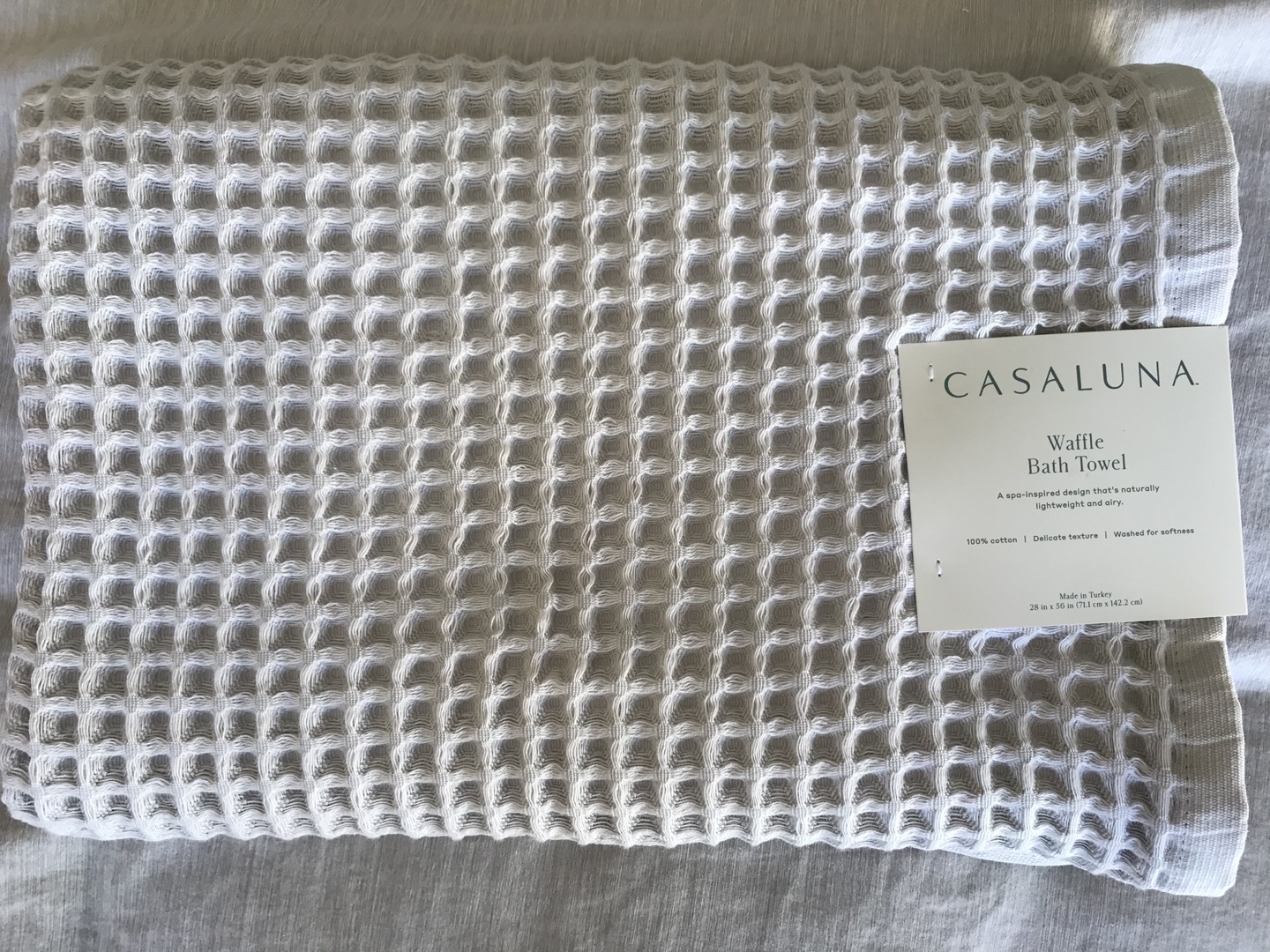 Casaluna is a brand sold exlusively by my favorite retailer, Target. It seems to be aimed towards price-conscious individuals who still want the luxury experience 1.

The Casaluna Bath Towel caught my eye during a recent trip to Target so I decided to try it out. 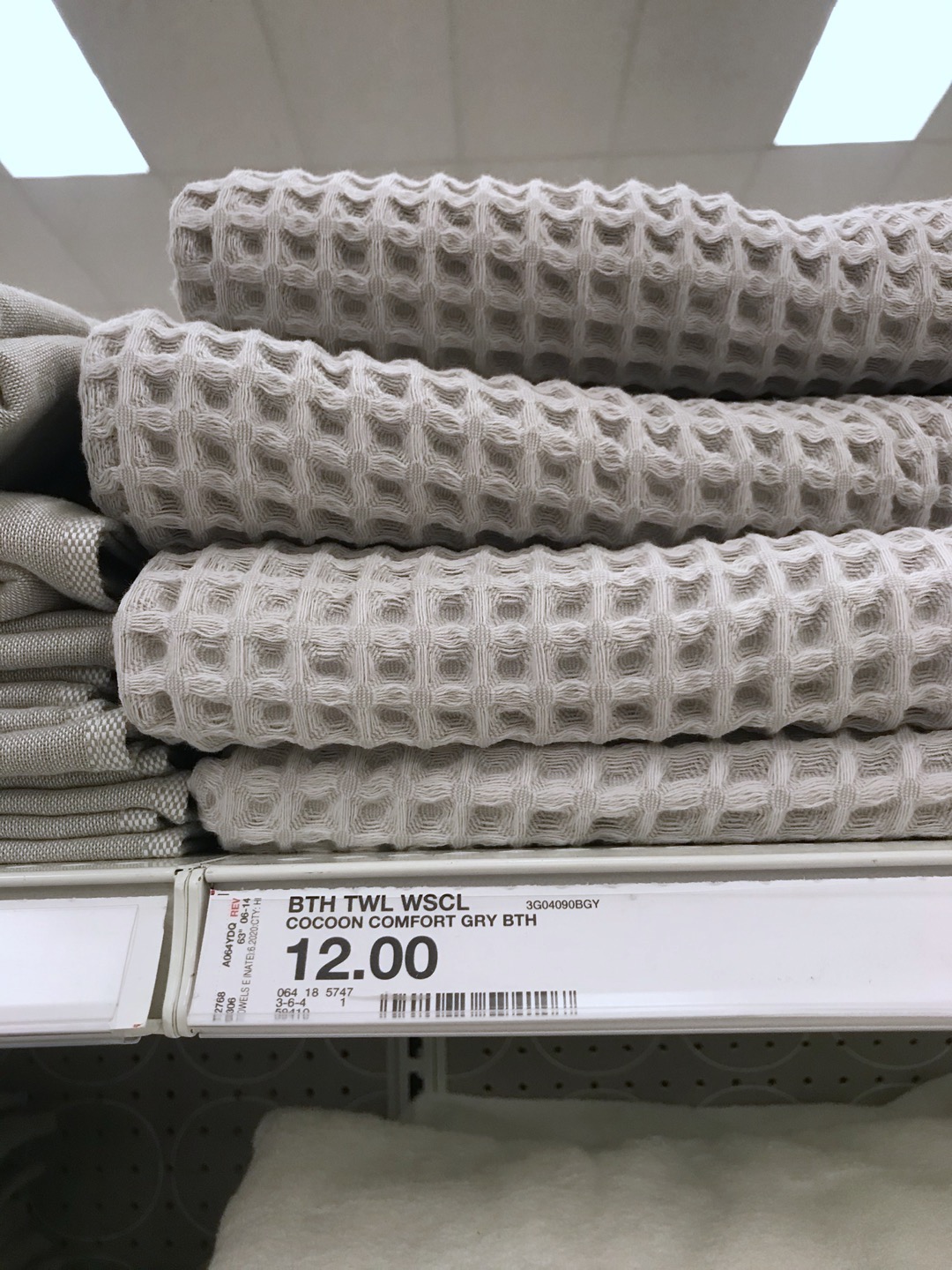 I purchased my towel for $12 at my local target. But last time I checked it was on sale for $10.80 at target.com. That’s a full 10 percent discount! 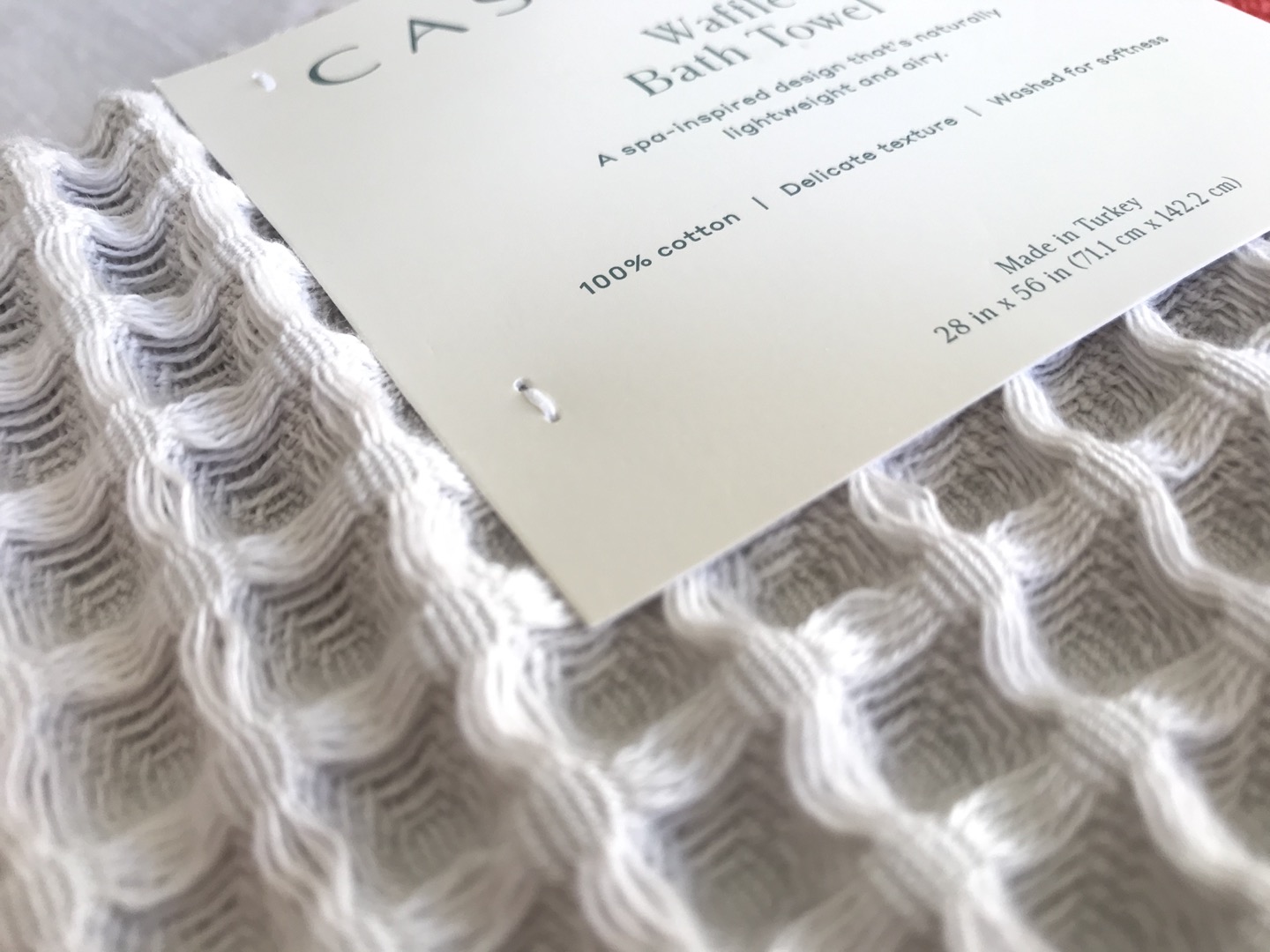 The label wraps around the edge of the towel. It’s tied to the towel by two loops of string. Much better than the Brooklinen Super Plush. The loops are a bit too tight though. It took about a dozen attempted scissor snips and many an f-bomb for me to remove them.

We’ll see about that. 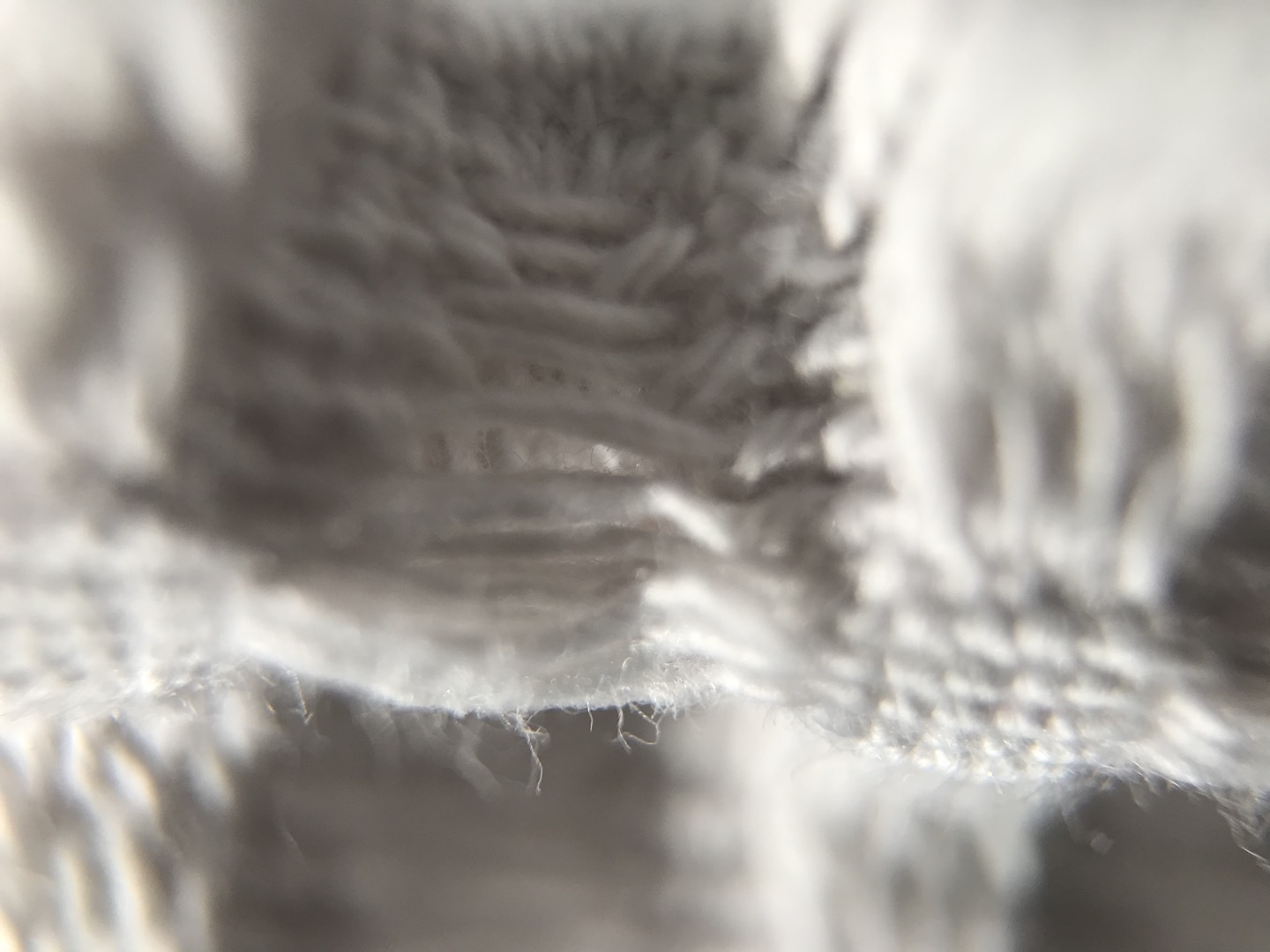 This towel is thin. It’s got a mass density of just 450-550 GSM, half of a typical high-end heavy towel. The weave is somewhat loose: you can see gaps between the threads. As such it is also very light and airy. 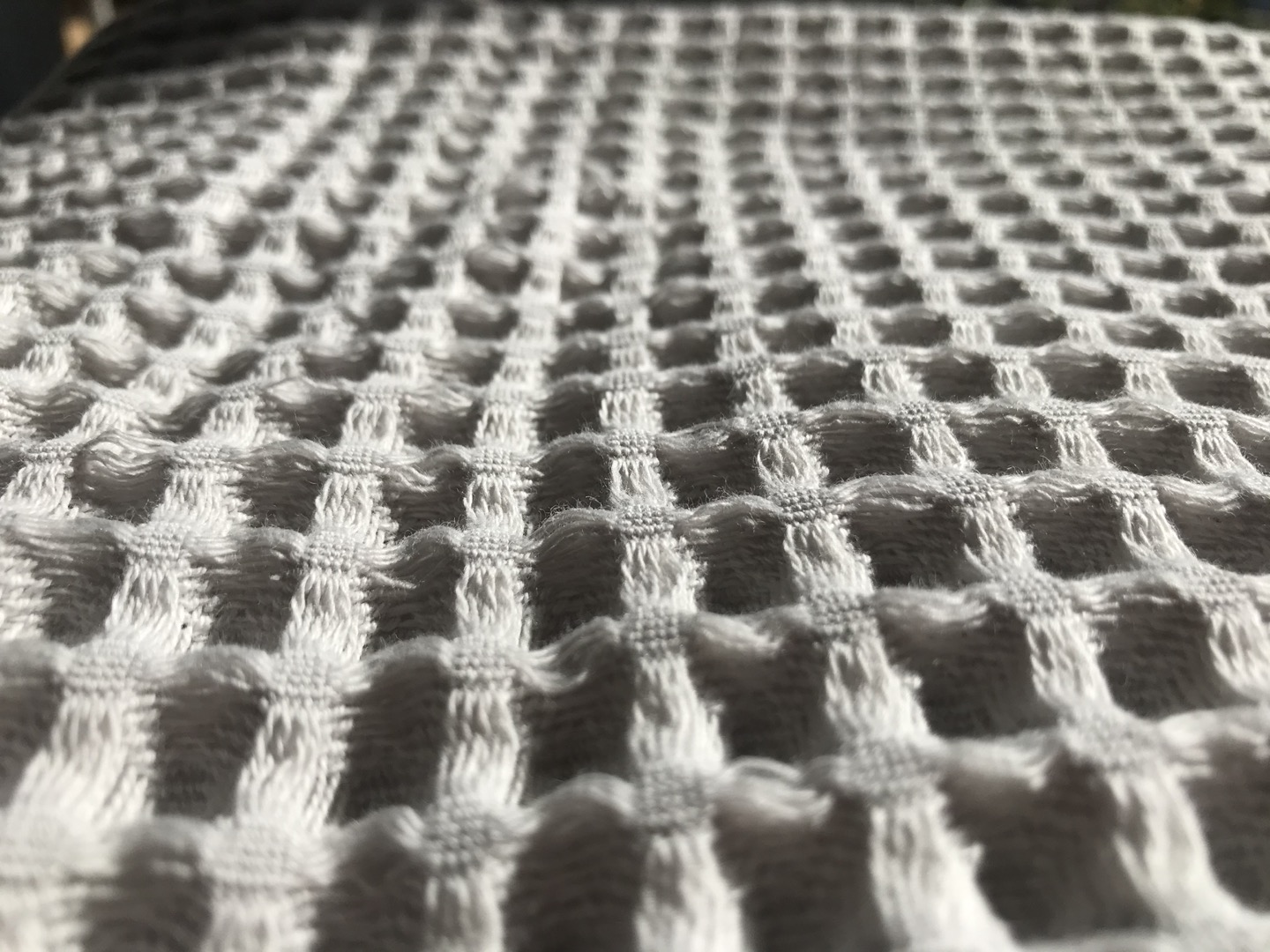 Like other waffle weave towels, the surface of the the Casaluna Waffle Bath Towel is one big waffley grid. It looks a lot like a breakfast waffle, but there’s a beautiful symmetry in this towel that is not present in your frozen Eggo: the “holes” of one side of the towel form the “walls” of the other side. 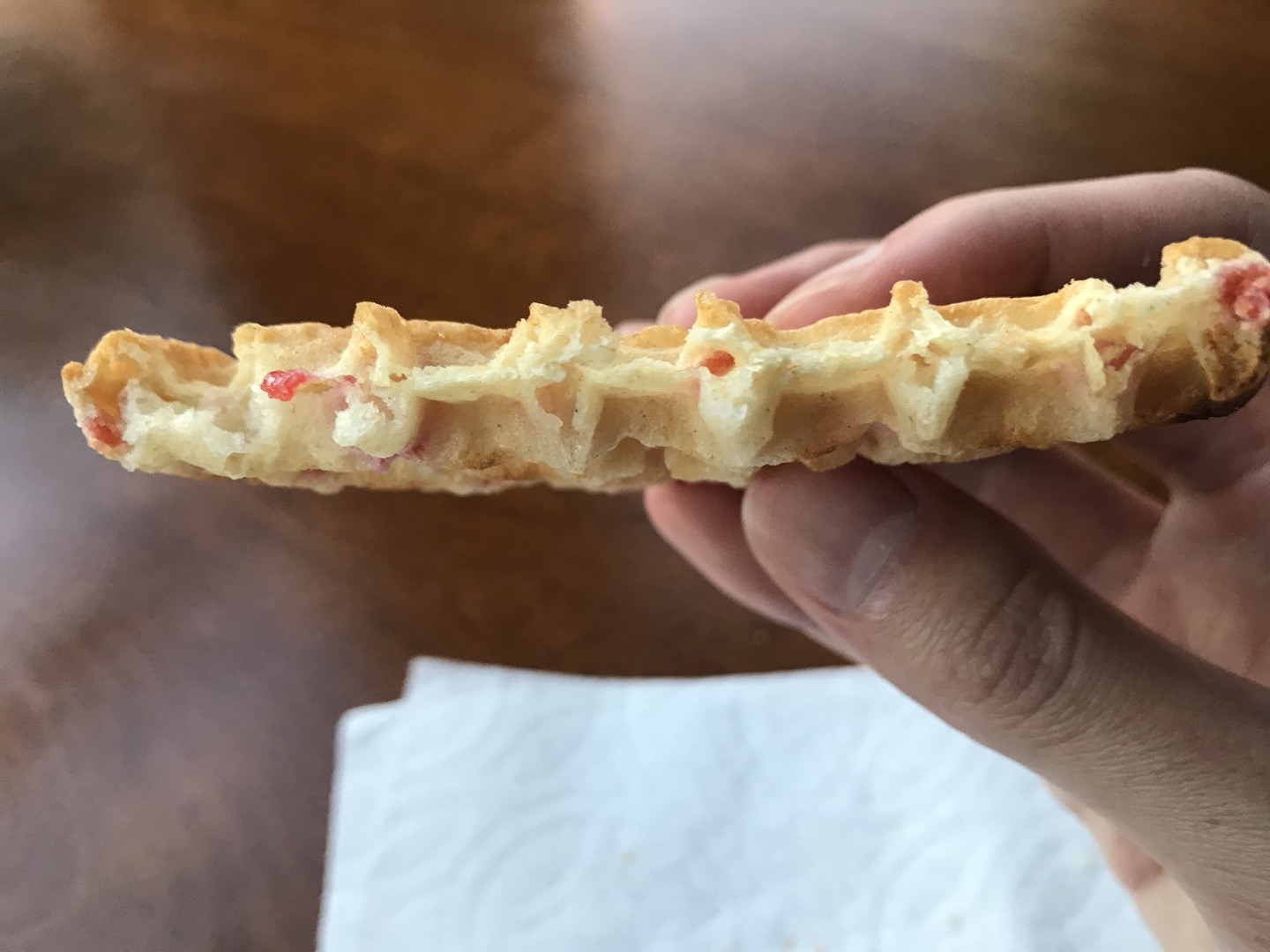 The “holes” on one side of the Eggo are opposite the “holes” of the other side. Use of this surface architecture means that the Egoo is much chunkier and has a higher GSM rating than the towel. It’s unclear whether that translates into better or worse absorption for the Eggo, but it definitely makes it feel less elegant.

That being said, the Eggo has many advantages over the Casaluna Waffle Bath Towel that give it the edge in overall utility:

I pre-wrote a review shitting on the Casaluna Waffle Bath Towel’s effectiveness as an actual towel. I had to throw out my draft after discovering that this towel actually does a superb job drying me off after showers. Such a shame. It’s not quite as good the Brooklinen Super Plush, but close.

How can something so “lightweight and airy” absorb water so well? I’m guessing it’s because the towel’s waffle structure gives it a very large surface area.

Because it’s so thin, the towel itself dries extremely quickly compared to terry cloth towels. So you don’t need to worry about your towel being damp between your 3rd and 4th shower of the day. I normally need to hot-swap towels after every 3rd shower. That’s four swaps per day on weekdays, five on weekends. With the Casaluna Waffle Bath Towel I only need to swap once per day. If you are on a similar schedule but are still using terry cloth towels, I highly recommend switching to waffle weave. The saved time really adds up fast.

After washing, the waffle texture will naturally deepen.

Though it has a low GSM, it does an excellent job absorbing water.

Though it isn’t as good at absorbing water as the Brooklinen Super Plush, it’s a much better value at only $12.

Though it can’t be dried off in a toaster like an Eggo, it dries on its own very quickly compared to terry cloth towels.