Check out this towel I picked up for $12 last week at Target: 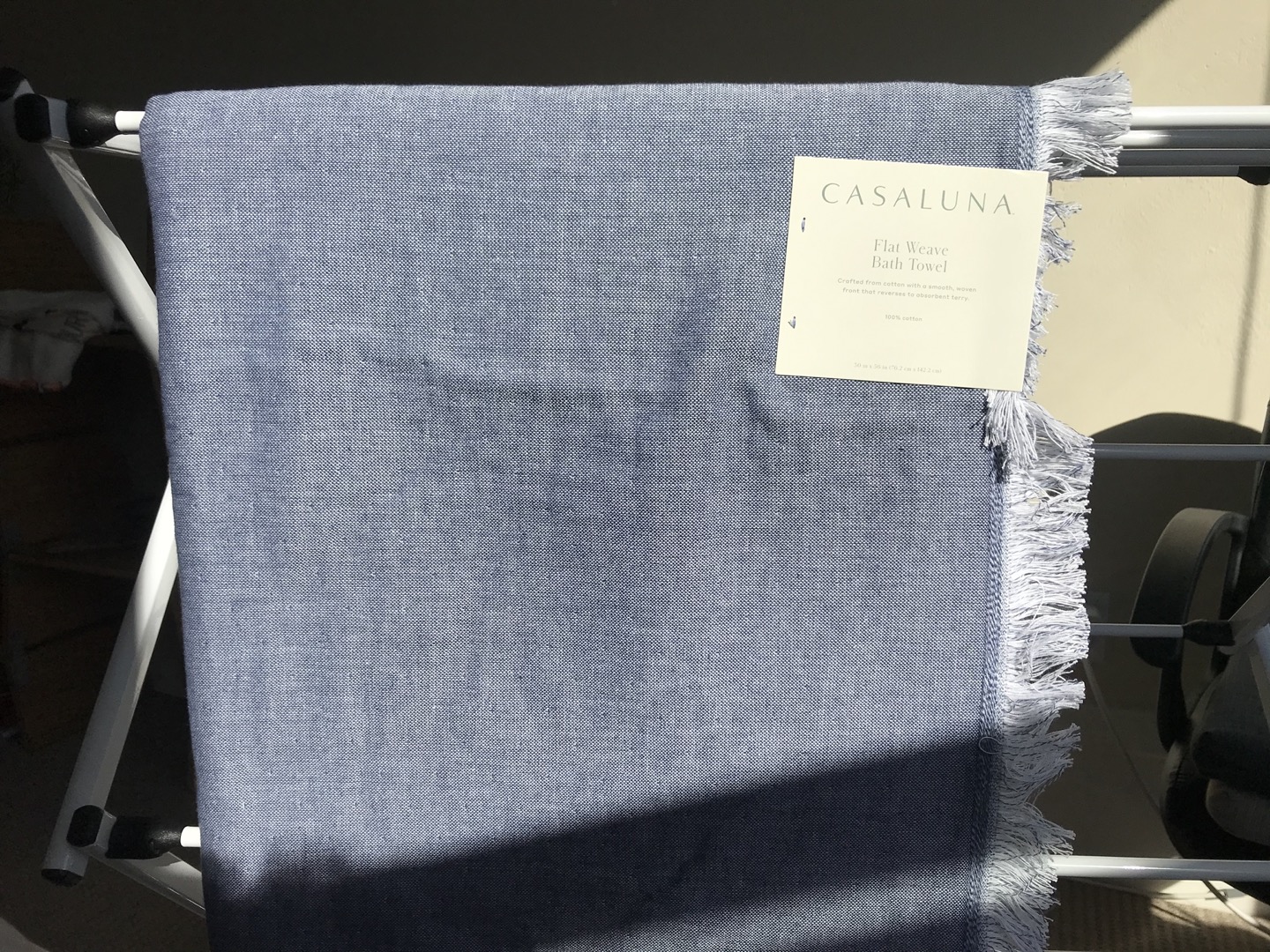 It’s got loops on only one side! And it looks like it’s made of denim! 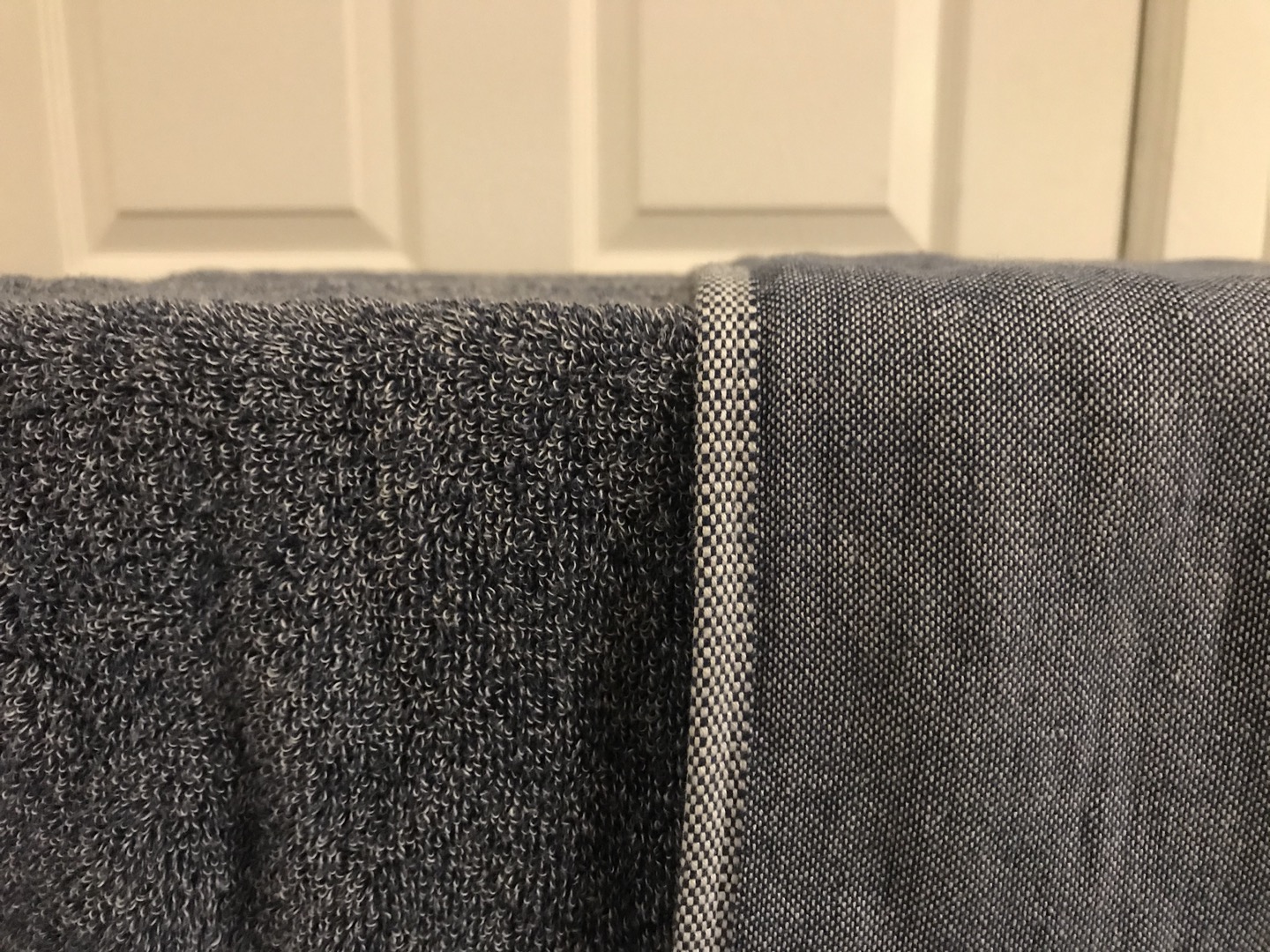 The toweling community categorizes towels into tiers based on their flexibility and ease-of-use. Here’s a brief recap of the standard tiers for the unfamiliar:

Those are just beginning to get their feet wet (or dry, really) with towels should start with one of these. These are the most forgiving: you don’t need to use any special techniques to get a good dry.

Once you’ve mastered the fundamentals, you’ll want to move up to Tier 2 towels. These are typically lighter and more flexible than Tier 1 units. This gives you more freedom to use the towel in creative ways, but also opens the possibility of getting bad dry.

Towels in this tier have wild and innovative designs, which makes them extremely difficult to handle. Used incorrectly, you could end up flooding your bathroom. But their drying potential in the hands of a skilled towelist is unmatched.

Where does the Flat Weave stand?

The Casaluna Flat Weave stands firmly in Tier 3. It’s a pretty basic Tier 1 towel in most respects: standard size loops, reasonable GSM rating. It’s the one-sidedness bumps it all the way up to Tier 3.

It takes a fair amount of manual dexterity to maneuever around the smooth side. It wasn’t until my 4th day with this rag that I was able to control it properly. On that day something just clicked and I was able to manipulate it like an extension of my own body. The 3 days leading up to that epiphany were an exercise in frustration. I nearly gave up and returned the towel. 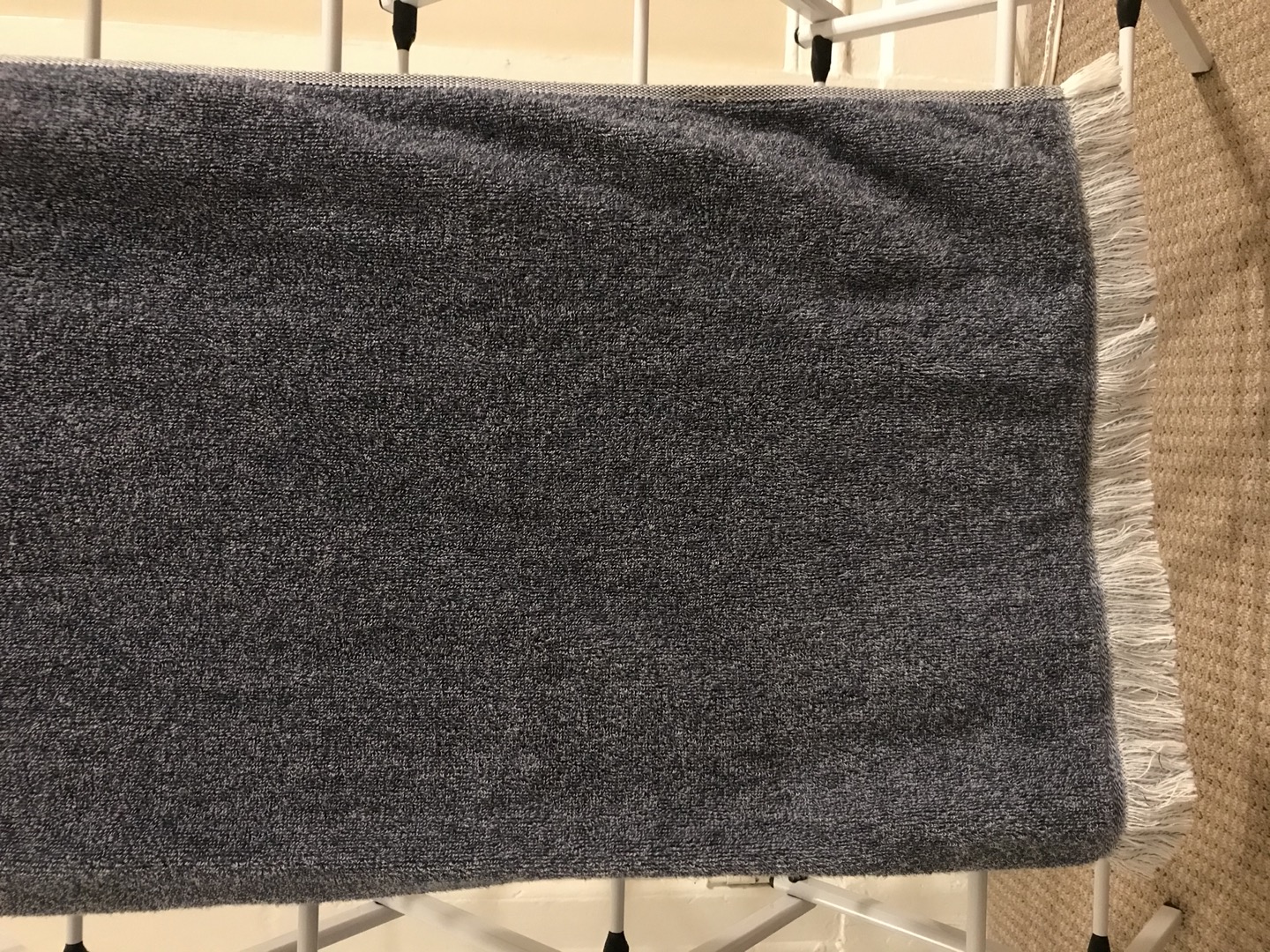 Advanced practioners will be excited to see that the Flat Weave also has periphery strands along the top and bottom edges. These can be used in conjunction with the Whip or Farfalle to pull off some amazing drys.

Here are some techniques I picked up during my week with the Flat Weave that will help you achieve the best dry possible:

Warning! The whip can be dangerous in a tightly enclosed space. Make sure that you have at least 3 feet on all sides before trying this. Experiences towelists can pull a whip off without as much room but I do not recommend trying that as a beginner. So unless you have a massive walk-in shower like myself, I recommend stepping out of the shower first. And don’t even think about trying this at a spa without a permit!

Fold over one end of the towel three times, as shown below. 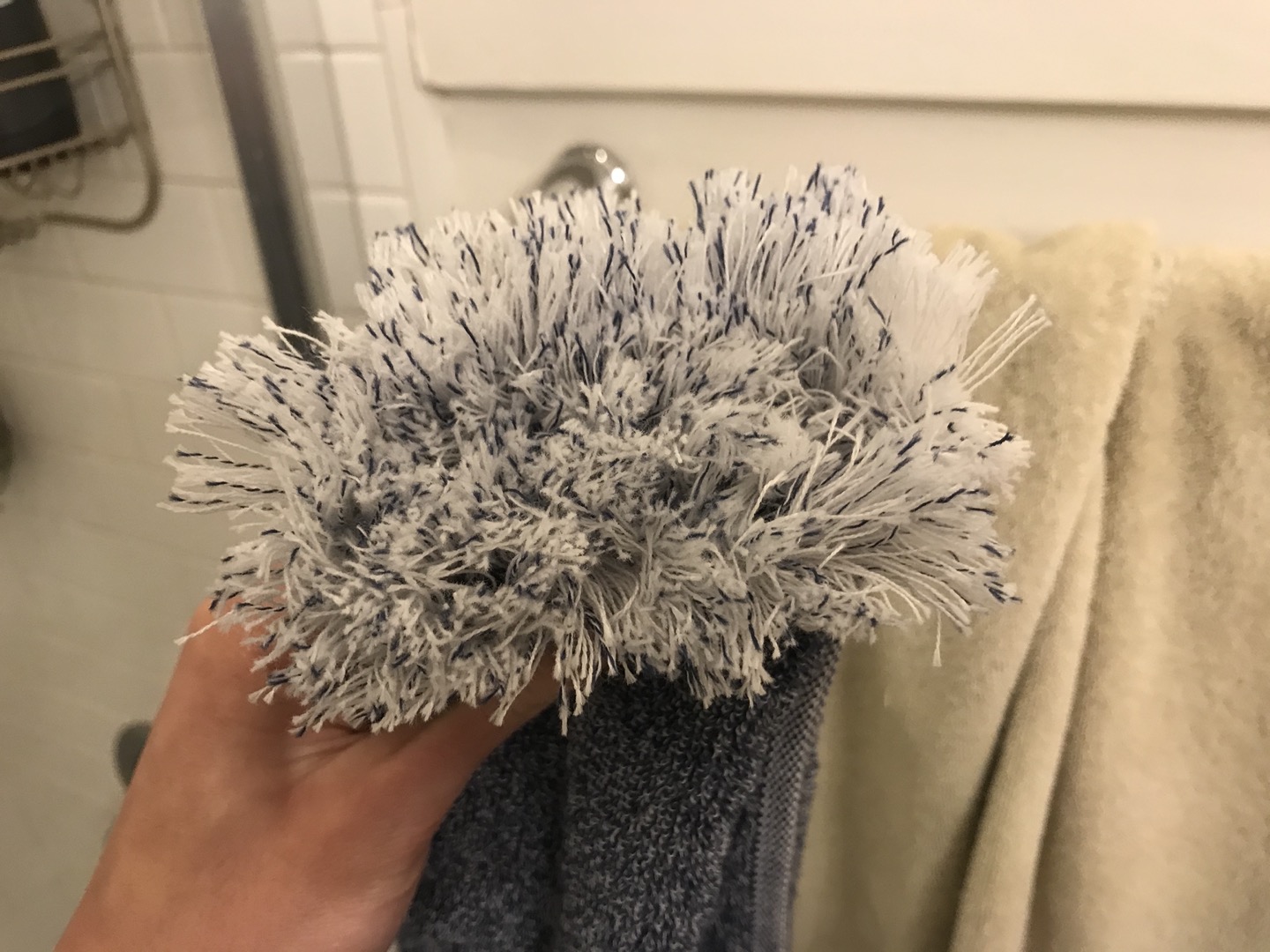 Make sure to leave the other end open. 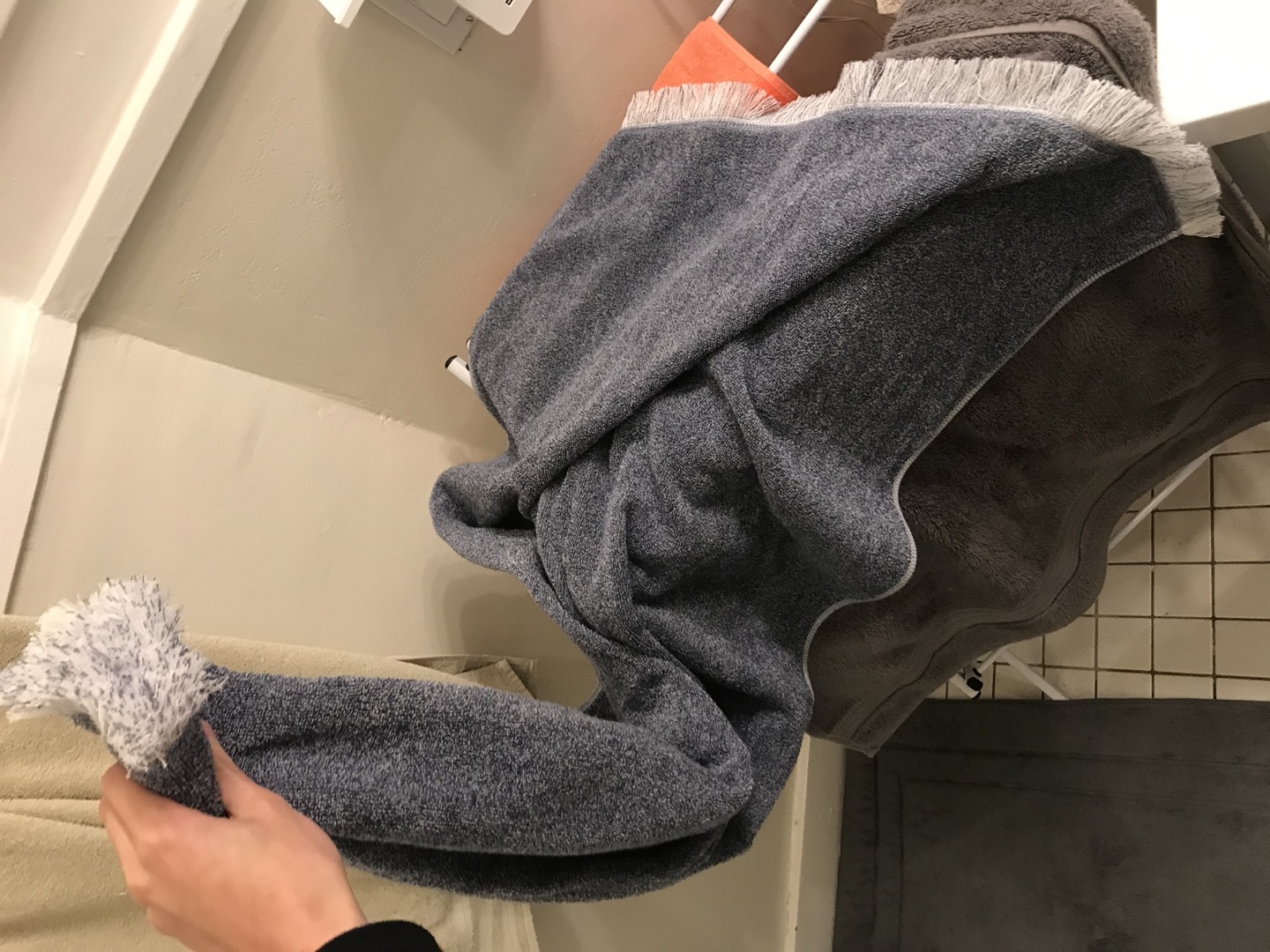 Now snap the towel forward, and quickly snap it back at yourself. The pressure differential created by the snap back should blast the water off your skin.

Start by grasping two opposing corners of the towel, one in each hand. Position the towel between your legs. You know what to do next.

Should you buy this?